The value of trust in money 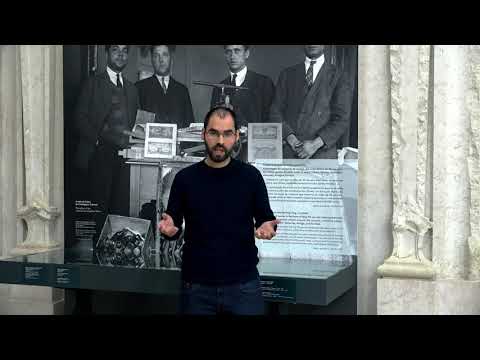 The value of trust in money

In collaboration with other entities, Banco de Portugal performs a key role in preserving confidence in the euro, thereby continuing its long record of fighting against fraud, as old as money itself.

Trust, counterfeiting and security were the three highlights of this exhibition, presented in parallel with the museum's collection. Extraordinary tools, documents and objects provided a context for the topics, allowed the money we use every day to be tested using laboratory equipment, revealed the marks and secrets proving the genuineness of coins and banknotes, and demonstrated the physical characteristics that make the euro a secure and reliable means of payment.

Money is an essential tool for the functioning of the economy and society. Goods, services, wages, taxes, and fines, all have their value expressed in a certain amount of currency. The value of this currency depends on the guarantees that the central banks and the states offer, as well as on the confidence it inspires among citizens.

Without trust, money has no value, but if the currency is not perceived as solid, confidence deteriorates. The Banco de Portugal plays a key role in conserving and reaffirming confidence in the value of money on several fronts. The fight against counterfeiting is one of them.

It is mainly through the National Counterfeit Centre that the Banco de Portugal collaborates more actively in the collective effort to prevent and fight counterfeiting of the euro. Often invisible, this is a joint effort with a number of national and international partners, such as the Portuguese Criminal Investigation Police and the Eurosystem’s central banks, the European Central Bank and the European Commission in a large-scale network that even extends beyond to the euro area.

Present and past intersected in this exhibition, where the themes of trust, security, and counterfeiting in relation to money, from antiquity to the present day, are explored. Despite the progress of electronic payment methods and virtual currencies, banknotes and coins have, and will long continue to have, an impact on the daily lives of hundreds of millions of Europeans, offering them a practical, safe, and reliable means of payment.

During the course of the exhibition there were visits special visits guided by the curator João Pedro Vieira.

There were, also, regular visits guided by the educational team.

« Back to Past Exhibits