In the 17th century, the Church of S. Julião was not in its current position, but to the north of the Church of Nossa Senhora da Oliveira (at the junction of Rua de S. Julião and Rua Augusta).
After the destruction of the 1755 earthquake, the church was rebuilt in Largo de S. Julião, where the Patriarchal Church of King João V had stood, also razed to the ground in the catastrophe. Its reconstruction was concluded in 1810. Six years later, a fire destroyed the contents of the church, which had to undergo new reconstruction works, lasting until 1854.
The former church has been in the possession of Banco de Portugal since the 1930s, when it was deconsecrated and converted into services premises.
On 31 May 1910, the Board of Directors of Banco de Portugal decided to purchase the former Church of S. Julião and its outbuildings. Negotiations between Banco de Portugal and the Archconfraternity of S. Julião ran from 1910 to 1933. On 7 June 1933, the purchase deed for the former church was signed for the sum of 10,000,000 escudos.
On 30 November 1938, the Bank submitted a draft project by the architect Porfírio Pardal Monteiro to the Lisbon City Hall (CML), to replace the various buildings making up the head office, the former Church of S. Julião and its outbuildings with a single building. This covered the block enclosed by Rua do Ouro, Rua do Comércio, Rua de São Julião and Largo de São Julião. However, the request was not approved by the CML. 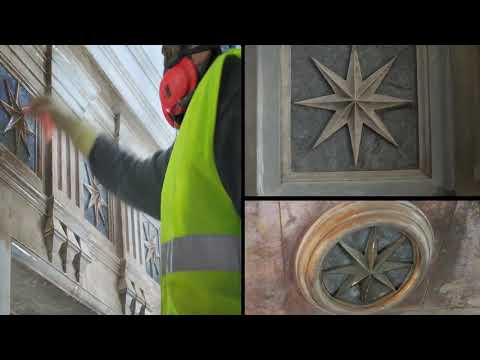